Hey readers!
I'm sorry for being gone for a while. I won't make any excuses, I just wasn't motivated to blog. I want to make some changes on this blog and it might take a little while. First, I want to change my new year bookish resolution because I'm finding it impossible to accomplish all of the things I wanted to do at the beginning of the year.

I'm giving up the 2016 PopSugar Reading Challenge because right now, I'm doing a lot of challenges and it gets really confusing and stressful.

I will keep the 120 books in 2016 for now. However, it will probably change during the semester when I don't get enough time to read.

I will still buy less than 35 physical books this year and I'm actually doing pretty well on that because I haven't bought any books "for pleasure" yet.

I'll try to finish series that I have already started. I will give you guys an update on that probably during the summer or the end of the year.

The books I've received for review are still unread on my kindle/iBooks. I'm trying to really motivate myself to read them. I just don't want to read them when I don't feel like reading that genre because I might end up hating the book.

I'm still planning to reread some books and give books I've DNF'ed another chance.

I haven't started reading the Bible yet. Hopefully soon though.

Right now, I'm reading Magnus Chase by Rick Riordan. I like the story, but I'm not really in the mood for fantasy, so I'm not reading it as fast and I'm not quite motivated to read it when I get the chance.

I can't tell you when I'll be posting next since school just started for me.

I'm really active on instagram, so if you want to see what I'm up to, follow @biblioaddict.

That's it for now.

Rochelle
Posted by Unknown at 7:54 PM No comments:

Today we are sharing a chapter from SHUFFLE by Lisa Swallow. This is a contemporary romance title and the second book in the series Ruby Riot! The book will be released January 28th and it is available for pre-order now, exclusively through amazon.

Will Campbell, Ruby Riot bassist, is back at university and failing badly at everything apart from partying. With Ruby Riot on a break, Will returns to university to finish his degree. He needs major help if he wants to pass his final year and attempts to join a not-very-rock star study group. Will is horrified to discover the person organising the group is Fleur Roberts, the girl he’s secretly crushed on for two years and who recently threatened him with a restraining order. Fleur’s rock stars are history academics. She has no interest in any variety of pierced, tattooed slacker, especially not the jackass rock star who humiliated her at a party. There’s no way in Hell that Will Campbell is joining her group. Faced with losing the easiest way to fix his academic problems, Will has the perfect solution: pretend he’s his twin, Nate. Will and Nate have swapped identities before so nothing can go wrong. Surely. Fleur is successful academically, but her love life is a failure. Following a number of disastrous dates, she finds herself falling in love with a guy who is lying to her. But Will’s deceit isn’t the only thing about to shatter her world. When another man Fleur trusted betrays her, and she attempts to retaliate, Fleur discovers how dangerous he is. And when Will becomes involved, the repercussions threaten both of their futures. Shuffle is the second standalone book in the Ruby Riot series and can be read separately to the first book.

Purchase the previous book in the series

The Blue Phoenix Set is on sale now!

Lisa is an author of new adult romance and writes both paranormal and contemporary, often with a side of snark. Lisa is originally from the UK but moved to Australia in 2001 and now lives in Perth in Western Australia with her husband, three children and dog.

WRITING
WRITE 15,000 WORDS OF YOUR NOVEL

Summary:
The circus arrives without warning. No announcements precede it. It is simply there, when yesterday it was not. Within the black-and-white striped canvas tents is an utterly unique experience full of breathtaking amazements. It is called "Le Cirque des Reves," and it is only open at night.But behind the scenes, a fierce competition is underway--a duel between two young magicians, Celia and Marco, who have been trained since childhood expressly for this purpose by their mercurial instructors. Unbeknownst to them, this is a game in which only one can be left standing, and the circus is but the stage for a remarkable battle of imagination and will. Despite themselves, however, Celia and Marco tumble headfirst into love - a deep, magical love that makes the lights flicker and the room grow warm whenever they so much as brush hands.True love or not, the game must play out, and the fates of everyone involved, from the cast of extraordinary circus per-formers to the patrons, hang in the balance, suspended as precariously as the daring acrobats overhead.


"Marco lifts his hand to brush a stray curl away from Celia's face, tucking it behind her ear and stroking her cheek with his fingertips."

In my opinion, The Night Circus is one of those books that demands the reader's complete attention because there are so many informations and details to remember in order to fully understand the story. Also, I took my time reading this book because I wanted to stay in the magical world and in the atmosphere Erin Morgenstern created. It's so entertaining, magical and interesting that you just want to live in it.

I don't read a lot of magical realism books and I was intimidated by this book when I first heard of it last year. I thought that it wasn't for me and that I wouldn't be able to finish it, but now, a year later, this book just made my favourite list and I'm really glad I finally read it and experienced this amazing and magical journey.

I will definitely reread this book in the future because I know that there are some tiny details that I've missed and also because I really really enjoyed reading about all the characters in this book and the plot is amazing overall.

"When all of this is over, no matter which one of us wins, I will not let you go so easily."

I have to admit that the dates are a little confusing. When the story shifts to Bailey and then back to the two main characters, I was kind of lost, but it got easier towards the end so, don't worry.

The romance in this book was a little like the insta-love trope that a lot of readers, including me hate, but surprisingly I find it really really cute and sweet in this novel. I was swooning while reading the scenes when Marco and Celia were together. The love story is just wonderful!

Another thing, I found out that this particular book was written during Nanowrimo and that fact just motivates me to do better and to write a book in 30 days.

Finally, I recommend this book to readers who wants to read something different or something out of their comfort zone. Like I said before, I don't really read Magical Realism, but I still enjoyed reading this, so if you are exploring for new genres, give this book a try.

About the author:
Erin Morgenstern is a writer and a multimedia artist, who describes all her work as "fairy tales in one way or another." She grew up in Marshfield, Massachusetts. She currently lives in Boston, Massachusetts with two very fluffy cats.

Website: http://erinmorgenstern.com/
Posted by Unknown at 7:55 PM No comments: 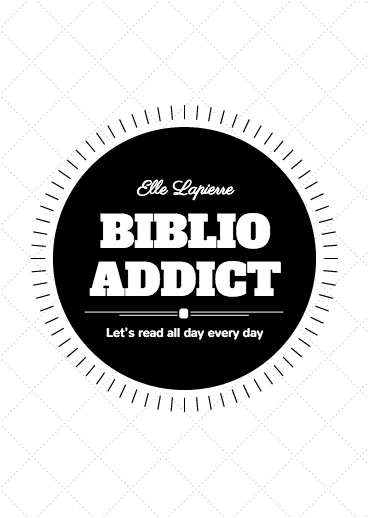 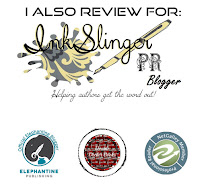